Technology advances at an incredible speed and every and all fields and disciplines must take advantage of it, otherwise they fall behind and miss the opportunities today's state-of-the-art technologies offer. Ergonomics is one of the fields which can hugely benefit from the modern practices and tools, considering the fact that its conventional methodology is essentially based on subjective evaluation techniques. In today's era, a plethora of measurement tools is available to eliminate any subjective factors and provide objective data for analysis.

One of the most applicable techniques is the utilization of tracking systems. Tracking (as in scientific terminology) is an umbrella term that encompasses every kind of technology that is used to monitor, trace and record the course or movement of certain objects. Such systems are widely utilized on a large scale (radar systems, GPS, surveillance systems etc.) but from an ergonomics aspect, their small-scale applications are the most appealing. But in what way can tracking systems be utilized in ergonomic analyses?

The most relevant use of such technology manifests in the form of motion capture systems. These tools allow for recording the movements of the body parts, digitalize that motion and apply it onto a digital human model*. After that, these digitalized movements can be conveniently analyzed in the digital space using the raw, objective data that was captured - thus eliminating the need for subjective evaluations. Gone are the days when ergonomists had to use observational methods to measure postural angles and tediously fill out RULA-sheets to get a biased risk score.

The motion capturing process requires essentially two main components: a source of the motion and a receiver unit. The movements themselves are naturally generated by a real human (or more specifically in the case of an ergonomic assessment, the worker), and this movement is captured by a tracking apparatus. The technical solution of motion capture systems can be classified into two groups: optical systems and non-optical systems.  These two groups differ mainly in the way the movement data is transmitted to the tracking apparatus or, in another name, the receiver.

Optical solutions rely on the visual feedback of the human to be tracked and obtain the body postures using special cameras. The subject usually wears distinctive markers, which the cameras use as anchor points. The tracking apparatus seek these markers and use the location data to calculate the exact body positions of the human. The markers can be either active or passive. Active markers generate their own light and transmit it to the receiver unit; whereas in a passive system the light is generated by the tracking cameras and it's reflected back from the markers. Markerless tracking is an emerging technology, which doesn't demand the subject to wear markers, but instead, the tracking system identifies human forms and breaks them down into body components. The biggest disadvantage of optical systems is that the cameras require constant visual feedback, otherwise, the tracking may become interrupted and data loss can occur. During complex movements, one or more markers may become obstructed by the subjects' own extremities, or in densely outfitted manufacturing plant the tracking might be problematic due to the obtrusive machinery.

Non-optical solutions rely on various other characteristics of the human motion, rather than visual feedback. A magnetic tracking system, for example, utilizes small magnetic sensors and a base station that generates a magnetic field in which the subject is placed. As the distance between the base station and the sensor changes, so does the amplitude of the measured magnetic field. The degree of this change of value is proportional to the magnitude of the sensors' positional shifting, and thus the movement of the subject can be continuously tracked in the magnetic field.  Although a highly accurate method, magnetic tracking is susceptible to interferences caused by electronic devices, hence an on-site deployment in machine-crammed factories is inadvisable.

Acoustic tracking relies on auditory feedback and measures the time it takes for the audio-signal to travel to the receiver. The tracked object/subject is fitted with microphones and several transmitters are distributed in the tracking environment. The time it takes for the acoustic signal to travel between the transmitters and the receivers is proportional to the distance between the two. A great disadvantage of the technology is the tedious calibration that is necessary before each session, and the ambient noise can cause considerable measurement errors.

Inertial tracking provides a convenient solution to most of the aforementioned problems. The tracking sensor is a microelectromechanical system that consists of an accelerometer and a gyroscope: the accelerometer measures the linear acceleration, and the gyroscope measures the angular velocity. After outfitting the subject with a sensor on each necessary body segment, a calibration takes place, after which the subject is digitally placed in a 3D reference coordinate system. The locational tracking is accomplished using the accelerational data from the sensors and calculating the actual position of the certain body segments relative to the reference system. The sensors can communicate with the data receiver either via cables or, as a wireless solution, via radio waves. The biggest advantage of inertial tracking systems is that the tracking environment does not need to be controlled: properly insulated sensors and a mobile receiver unit ensures appropriate motion capturing in any environment. The only downside of such systems is the overall low accuracy and the occasional drifting of positional data over time during tracking, which may necessitate an additional calibration. To mitigate such errors, the gyroscope and accelerometer can be combined with other tracking techniques, such as magnetometers or acoustic trackers. This way, the accuracy of the sampling greatly improves, and positional drifts can be eliminated.

Tracking in any form is a valuable asset in the arsenal of ergonomic evaluation technologies. The authentic and objective data it provides is essential for carrying out assessments. Apart form that, the stakeholders can be more easily convinced of the necessity of the workplace modifications, because – instead of subjective measurements – valid data depicts the health-damaging effects of the ergonomically inadequate working environment. 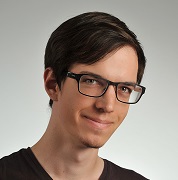 WMSD is still a problem
According to the World Health Organization (WHO), 50–70% of workers develop WMSDs, about 317 million individuals suffer from it annually. Some articles examine WMSD as a common problem affecting the whole population, other writings focus on a group of workers such as health professionals, construction workers, restaurant service personnel, or those on the production lines.

ViveLab
Ergonomics pieces of advice for 2022
If you may survey workstations or want to solve intricate problems, you'll find a way to make working conditions better! May improvement be your New Year's resolution!
How ergonomics contributes to the safety of employees?
Ergonomics is for analyzing, understanding, and designing human work properly. As a result: physical, cognitive, and organizational changes may be suggested. While nowadays many of the specialists still work with simple methods, the research seeks motion capture, collaborative robots, and digital solutions in the industry 4.0 framework. But still, the basics of human capabilities should be kept in mind.

ViveLab
Ergonomics as a solution for large fluctuations
Fluctuation is an indicator of the organization's activitiesrelated to human resources, its growth almost always points to events,problems, and errors that hinder the efficient and effective operation of theorganization in the long run. In Hungary, the fluctuation rate is between about30-50%, which varies depending on the geographical location. Fluctuation showsthe rate of labor turnover, which is determined as a function of entrants,exits, and total headcount per year.
Ergonomic analysis at a lollipop factory
The team of ViveLab Ergo recently performed a successful ergonomic analysis at a lollipop factory. Check out how we perform the ergonomic tests with the help of Xsens and ViveLab Ergo software. Also, you can see delicious treats!
What comes after the ergonomic measurement?!
Workplace optimization with accurate measurement and ergonomic software.

ViveLab
Workplace fatigue, what factors to consider?
To know fatigue, we have to analyze the factors and circumstances that have an effect on it. There are many types and places of occurrence of fatigue with many observations and analyzing methods belonging to it.